Here is yet another illustration I did at Plain Joe Studios to serve as a background for one of our client’s Go Kids characters. The character below is Adi Mole, so this rendering is an exterior of an underground “world” which this character inhabits.

I enjoy creating these wonky sort of perspectives sometimes for backgrounds. I just think it makes them a little more interesting, especially when doing any kind of continuity storytelling, like when I create storyboards or comics. In those latter two situations, things would get stale if every shot was from a straight-on POV.

One of the tools that would have made things easier when I was working in traditional media (before completely digitizing my workflow with a Cintiq) is a good light-box, which would have allowed me to use any paper I like rather than relying on graphic paper or vellum to clean up my rough drawings. While I like graphic paper, it can be too thin for wet media, including ink when applied liberally with a brush.

I’ve decided recently that I’d like to get back into using traditional media, if only for my own projects which have no deadline and don’t require the efficiency of a fully digital workflow (though I do plan on utilizing the Cintiq where it still makes sense to do so). This time around I’d like to use a light-box so I can work with a thicker paper, like bristol board or even watercolor paper.

In the past, commercial light-boxes tended to be expensive for anything larger than 9×12 inches. I figured I could save money by building it myself, which, given my ineptitude at crafting and building, would have looked something like this: 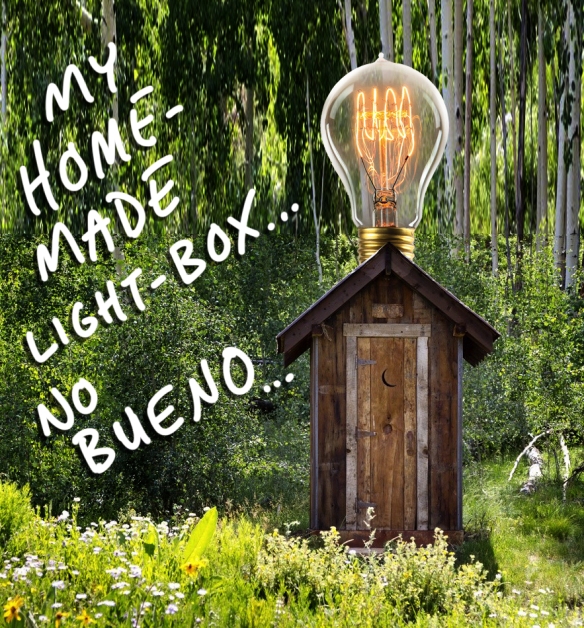 And then I realized I didn’t have to use old bulb technology, given the ubiquitous availability of LED lighting. Still, my lightbox would have turned out looking like the above design, minus the giant Edison bulb perched on top. That was till too clunky.

And then I figured that if I thought of using LED technology for a light-box, and since many artists use the light from their iPad or other tablet as a light-box, then surely a company out there has started manufacturing LED light-boxes. After mentioning this to my lovely bride, she does a quick search and sends me a link for a light-box large enough for my desired use. And it’s flat to boot, which makes it perfect for laying on my drawing board without bulking things up.

Well, it arrived yesterday, so here are a few pics I thought I’d share. I didn’t place anything next to it to give you the sense of its scale, but it’s “Yuuuge” and can accommodate something like professional comic art boards (I bought this on Amazon which advertised the size as 21 x 2 x 29.8 inches, though it looks a lot thinner than 2″. Heck, it doesn’t even look like it’s an inch thick). As you can see below, it sits nice and flat on the drawing board. 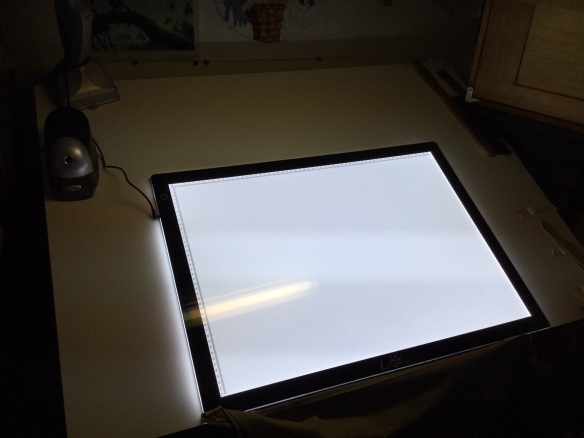 The power button is one of those surface-flat, touch-sensitive power buttons on which you don’t even have to push. It’s pretty sensitive, because I’ve accidentally turned it on while reaching for the power cord near it. When it’s powered on or off, the light comes on and turns off very gradually. It’s not like flipping on a lamp. 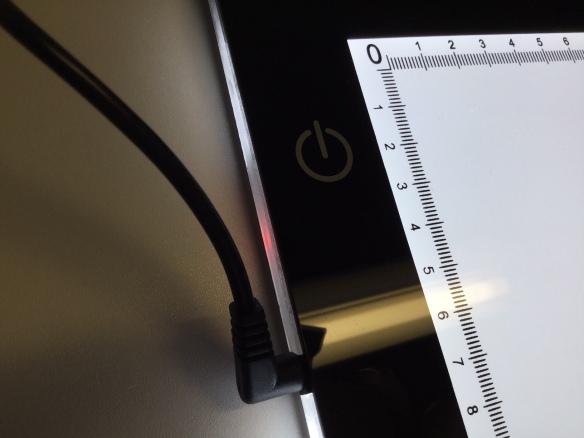 My wife made me a cover for my Cintiq so it doesn’t collect dust while not in use, and I asked if she’d make one for this as well. She immediately dug out some fabric and made a cover to keep this clean and neat. What an awesome wife — I’M NOT WORTHY! 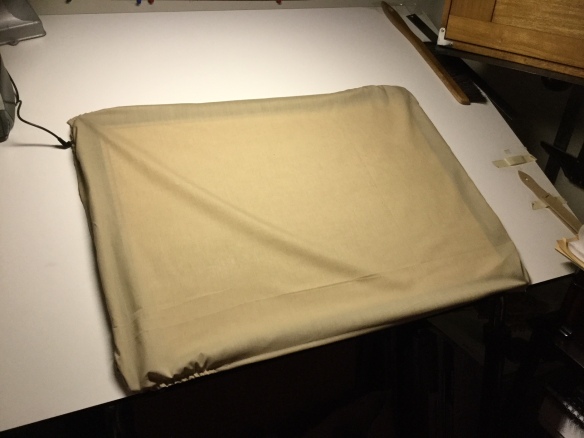 This thing is so flat and slim that it’s actually difficult to wrap the edges of the cover around it. That’s not a complaint. It’s actually nice that it lays so flat. 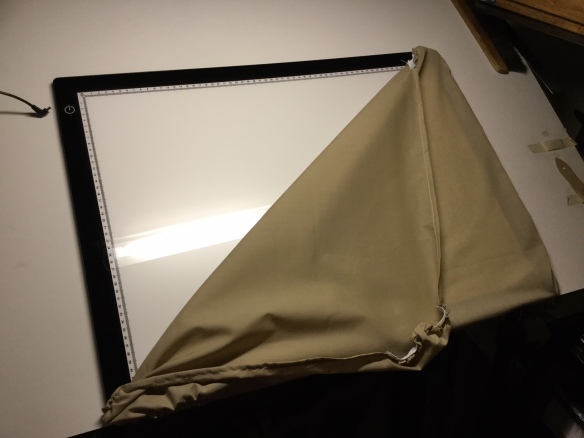 So there’s the quick reveal. Since it just arrived, I didn’t have time or an opportunity to try it out or to take a picture showing it in use. Maybe I’ll get to that in a future post if/when I do an actual review of this.

Here are a few images I did recently for a client. 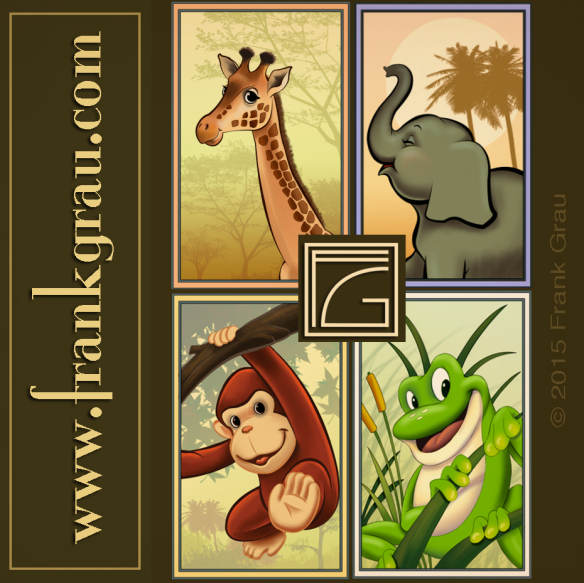 A lot of what I do is create designs which will be used by a factory for production. As I’ve explained in previous posts, these designs were not done with a view that anyone would see them. However, for anyone who may be interested, here’s one of those designs.